Please click here for a downloadable/printable brochure on WNV.

How Do People and Animals Get West Nile Virus?

A person can reduce their risk of WNV infection by:

Where can I get information about repellents?

The Centers for Disease Control and Prevention has a webpage with information on repellents: http://www.cdc.gov/westnile/faq/repellent.html

Which Animals Get West Nile Virus?

An infected mosquito can bite a variety of animals, and many animals will become infected, but only a few species exhibit disease. Disease is seen in a several species of birds, in horses, and man. Cats, dogs, bats, chipmunks, skunks, squirrels, and domestic rabbits have been shown to be infected without exhibiting disease symptoms.

An infected mosquito can bite a variety of animals, and many animals will become infected, but only a few species exhibit disease. Disease is seen in a several species of birds, in horses, and man. Cats, dogs, bats, chipmunks, skunks, squirrels, and domestic rabbits have been shown to be infected without exhibiting disease symptoms.

WNV exhibits similar ecological requirements as other North American mosquito transmitted arboviruses, such as St. Louis encephalitis (SLE) virus. Studies of the SLE virus vectors and reservoir hosts observed during the SLE outbreak (26 reported human cases) in southern California in 1984 have provided information that can be applied to the WNV cycle when it enters southern California.

The District's experience with SLE has demonstrated that mosquitoes capable of transmitting virus develop readily in 1) residential back yards (e.g., sprinkler filled containers and runoff) and in 2) surface drainage found in curb gutters, catch basins, underground drains, and storm channels. The Orange County Mosquito and Vector Control District (District) controls mosquito breeding in the latter accessible public areas throughout Orange County (OC). However, the District cannot adequately control mosquito production in water holding containers in the more than 730,000 individual back yards in Orange County. The extent to which WNV transmission occurs in OC will depend largely on the degree to which citizens respond to backyard mosquito control advisories from the District's Communications Department, the effectiveness of mosquito (larva) control around identified WNV activity foci, and the success of the underground catch basin and manhole chamber mosquito control program.

What is the California West Nile Surveillance Program?

The first human case of WNV was confirmed in California in September 2002. The California Department of Health Services (DHS) has overseen a statewide mosquito-borne encephalitis virus surveillance program since 1969 for western equine encephalitis (WEE), St. Louis encephalitis (SLE), and other viruses. In 2000, DHS, the District, and other agencies expanded their programs to enhance the ability to detect WNV. A protocol to report and test dead birds has been added to the existing encephalitis case surveillance system, that also includes mosquito testing and monitoring of sentinel chickens.

DHS tracks cases of human, horse, and ratite (e.g., emu, ostrich) encephalitis. The routine testing of encephalitis cases for WNV will assist in the early detection of the virus in California. Human and animal encephalitis cases are also routinely tested for WEE and SLE viruses.

Mosquitoes throughout the state are sampled for the presence of WEE, SLE, and now WN viruses. Local mosquito and vector control agencies also monitor the abundance and type of vector mosquitoes. 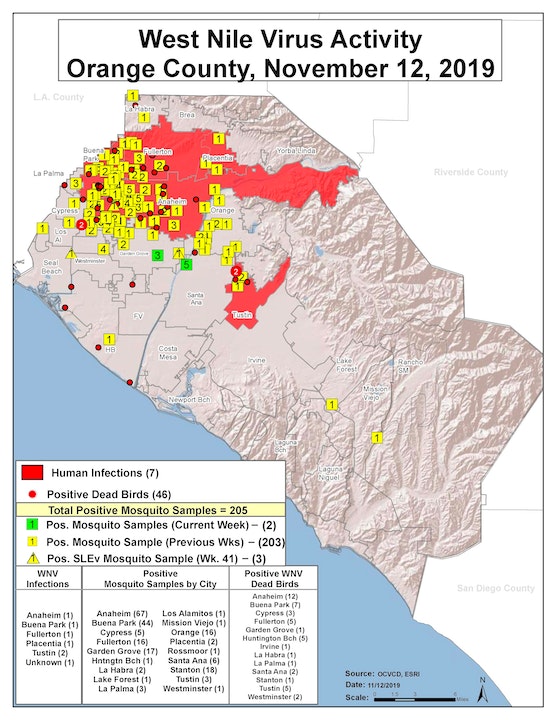 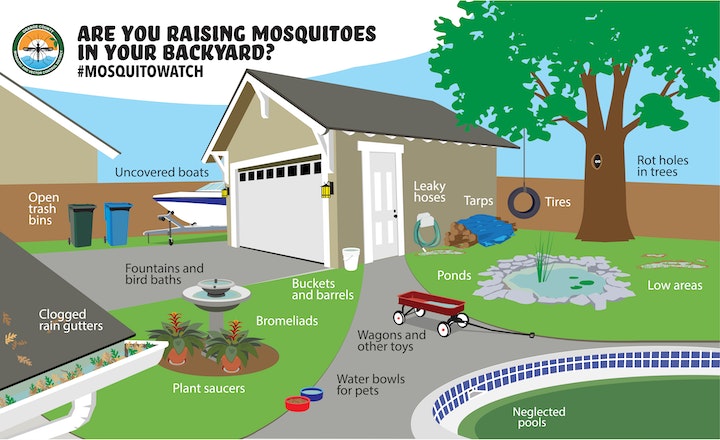 Beyond the nuisance factor, mosquitoes can cause sickness and death. Look for these common breeding sources to prevent a mosquito takeover and spread of disease. 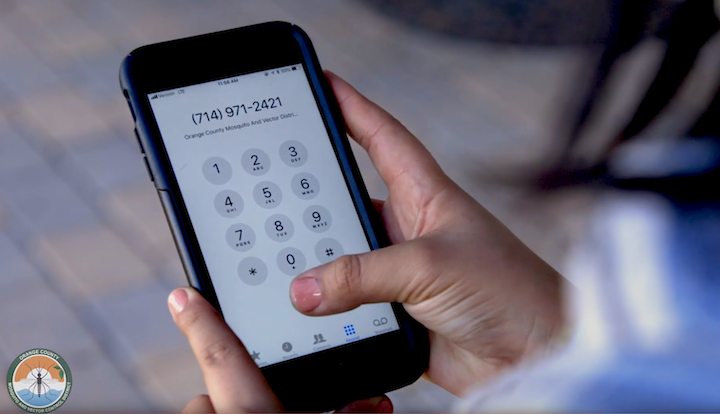 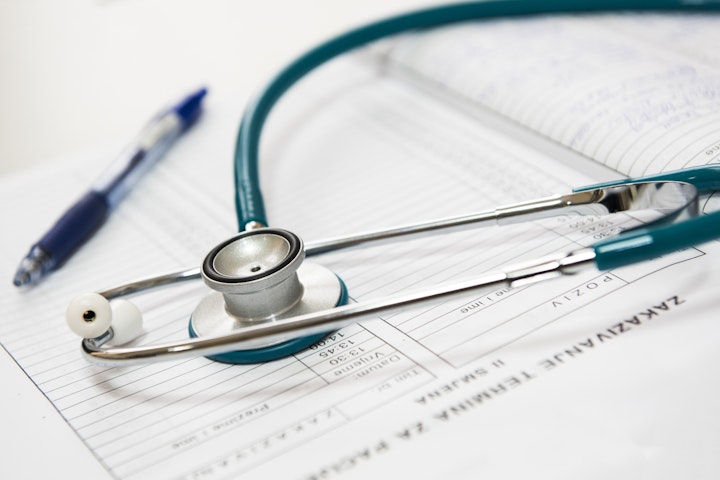 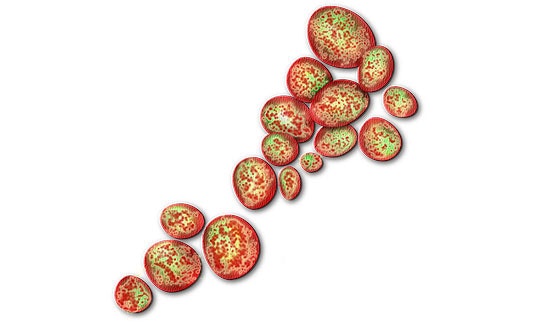