There are about 160,000 known species of flies. They are found everywhere in the world — even in Antarctica. Flies have only two wings and belong to the order of insects called Diptera, which means “two wings.” Many flies are beneficial; several are involved in plant pollination, others are predators or parasites of other insects. Flies that reproduce in animal excrement, food waste, and garbage are called filth flies. Two common species are house flies and bottle flies. Filth flies are a nuisance as well as carriers of organisms that cause diseases in humans and domestic animals.

The common house fly (Musca domestica) is a nuisance as well as a carrier of diseases to humans and domestic animals.

In urban areas, the larval (maggot) sources of house flies can usually be found within the distance of a city block from where the adult fly was captured. Although adult flies may sometimes travel several miles from the source.

Besides the grayish-black house fly, several other kinds of flies are found in the home. Control of these is the same as for the house fly, although the elimination of larval sources varies between species.

Because many species feed on decaying organic matter and animal waste (including human waste), flies have been implicated in the transmission of several bacterial and protozoan pathogens including: E. coli, Salmonella, Shigella, Staphylococcus, Streptococcus, Giardia, and Trichomonas. In addition, they have been known to transmit parasitic round worms and tape worms.

There are effective methods and specific chemical products available for controlling flies. When purchasing a pesticide, it is important that the product label specifically includes "for the control of flies" on the label. Also, be sure to note the active ingredient in the product being purchased and follow all instructions to the letter! 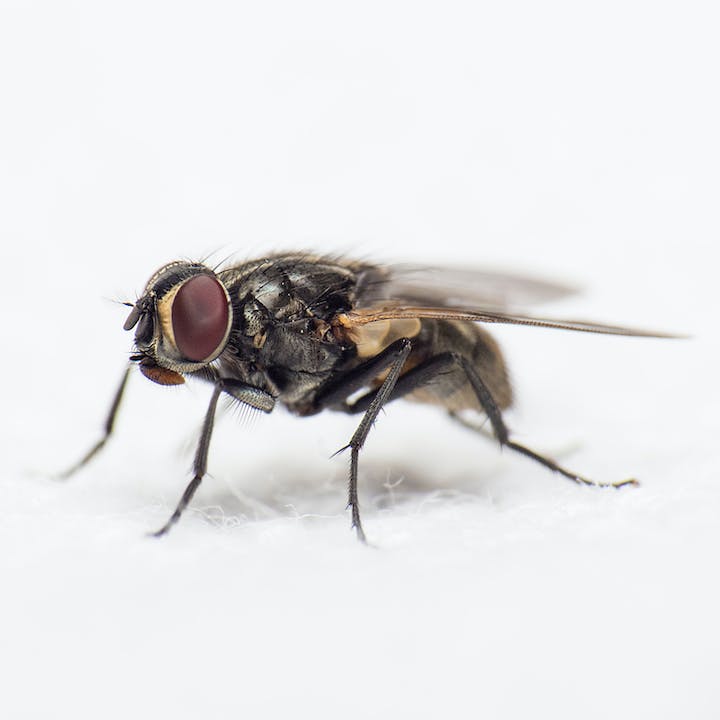 Besides the grayish-black house fly, several other kinds of flies are found in the home.