Flea-borne typhus, formerly called murine typhus, is a bacterial disease found primarily in the fleas that live on animals such as cats, dogs, opossums, rats, and other backyard wildlife and is transmitted by fleas. Flea-borne typhus is caused by the bacteria Rickettsia typhi and Rickettsia felis, present in fleas and flea feces.

Fleas defecate as they feed. Infection occurs when flea feces containing the bacteria are scratched into the bite site, other wounds, inhaled, eaten, or transferred to the eye (conjunctiva).

Even though cats, dogs, opossums, rats, and backyard wildlife may be infected, they do not show obvious symptoms. These animals are infested with fleas year-round in Orange County. Fleas do not survive without the presence of a host animal. Pet animals should be kept on flea-control medication year-round.

Flea-borne typhus is transmitted by fleas found on:

How Will I Know If My Pet Has Fleas?

Even indoor only animals can become infested with fleas.  Regularly inspect pets and pet bedding for fleas. The presence of flea feces in pet fur, called “flea dirt”, may be the first sign of a flea infestation. Pet owners should keep pets up-to-date on a flea control and heartworm preventative program. 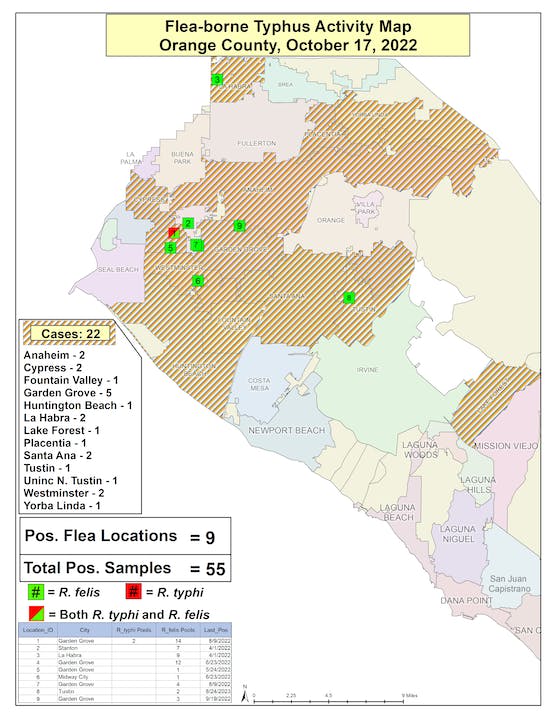 These simple steps can help you reduce the risk of Flea-Borne Tyhpus in your area: 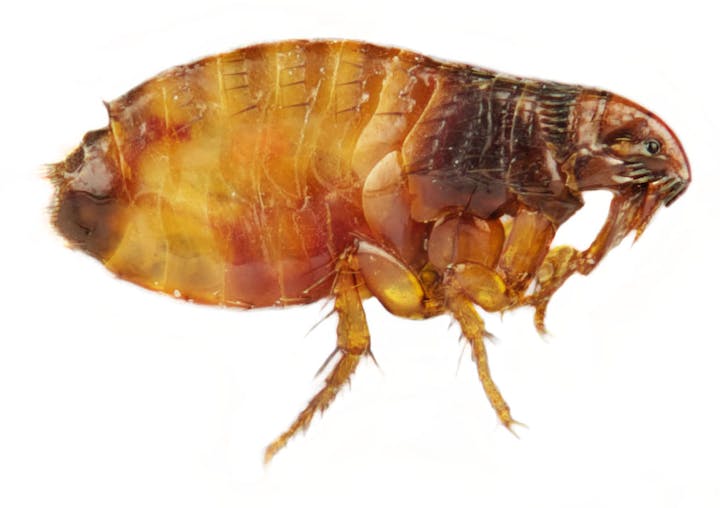 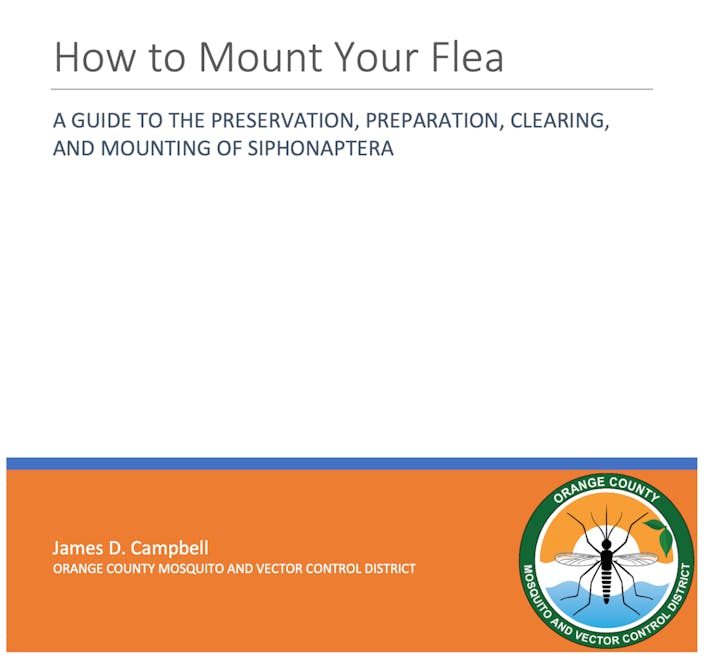 In order to be able to zoom in on the key without restrictions, you must first download either the JPG file or PDF file and then view the downloaded file. The JPG is the full-sized version of they key and is the best for identification and the maximum zoom level. The JPG file is a very large file and may not download to some mobile devices. If this happens, you will need to download it first to a… 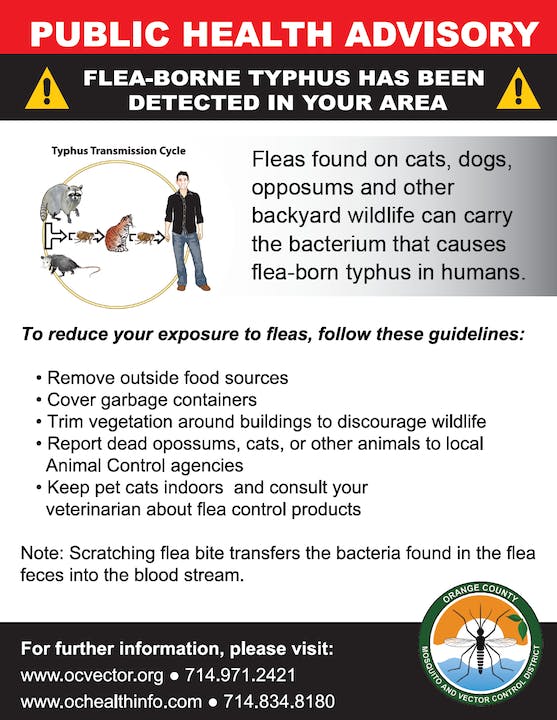 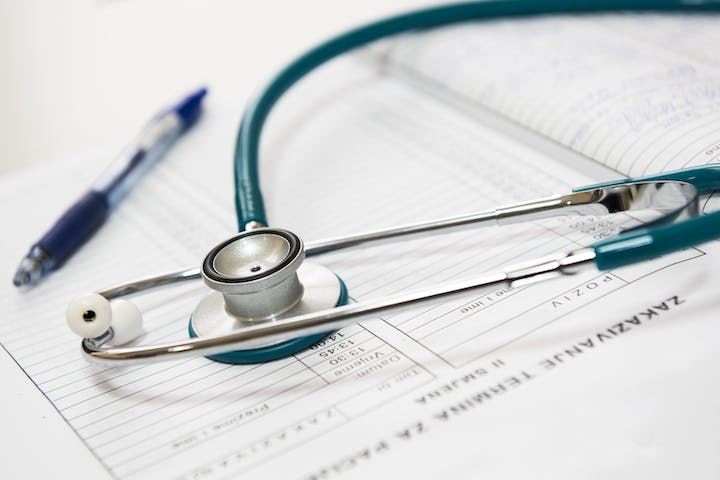 Once a person is infected, flea-borne typhus normally has an incubation period of 6-14 days before symptoms appear. 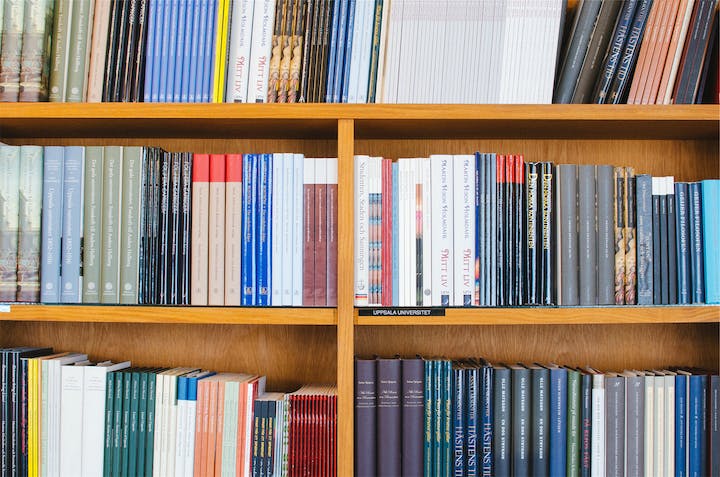